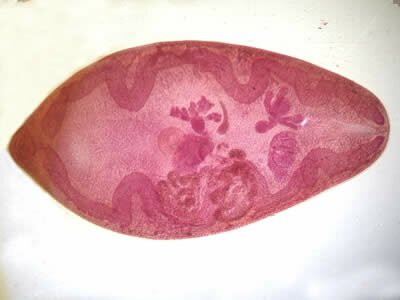 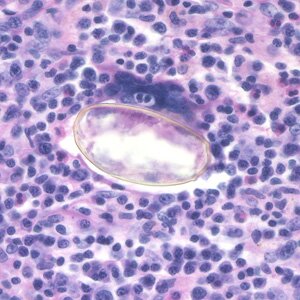 The fluke parasitizes in the lung tissue of a human causing cysts to be produced vulnerable to bacterial infections. During larvas’ migration to the lungs the following symptoms appear: fever, chest pains, cough and haemoptysis.

Diagnosis is based on detecting the presence of fluke eggs in the spit or stool. The typical size of a fluke egg is 85 – 53 µm (range 68-118 to 39-67 µm). The eggs are yellow and brown with a thin coating, often asymmetric with one end flattened. On the wider end there is en operculum and the opposite end is narrowed. Eggs are released unconverted.

Humans are infected by eating raw fish or shellfish containing metacercariae of the parasite.