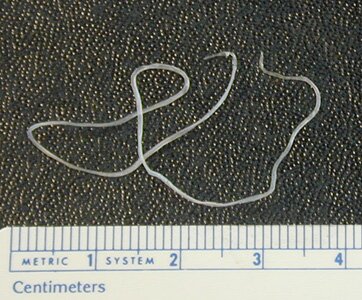 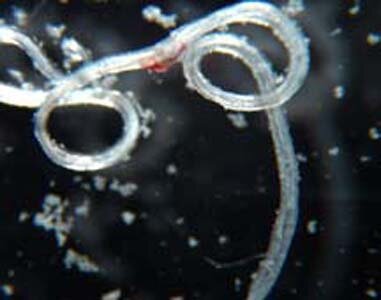 Wuchereria Bancrofti. The term ‘filariasis” covers a dozen or so species of nematodes. Adult forms of the kind parasitize in the absorbent glands or in the connecting tissue. They are characterized by a filiform long body (from several to more than dozen centimetres). Females deliver alive filiform larvas, which are several hundred µm long. This larvas often occur in the blood or the skin and under the conjunctiva. Bloodsucking insects like: mosquitoes, gad-flies and blackflies transmit these nematodes. Humans become infected with the invasive larvas by being bitten. The nematodes occurring in humans are: Wuchereria bancrofti, Brugia malayi, Onchocerca volvulus, Loa loa.

Wuchereria Bancrofti occurs in the wide geographic lane between the tropics. Several species of mosquitoes like: Aedes, culex, Anopheles transmit  Wuchereria Bancrofti . Adult worms settle in the absorbent glands and vessels. Microfilariae appear in the blood during the night, only in the Oceania islands it does not have any clear day cycle. Around the mature worms in the absorbent glands, the vessels, the liver and the spleen a granulomatous tissue comes into being which causes, after a dozen or so years, irreversible adhesive and calcification lesions of the lymphatic system. They lead to vessel thickening (e.g. in the groin), bursting large absorbent vessels, hydrocele  and elephantiasis of the limbs, reproductive organs or nipple.The invasion of Wuchereria Bancrofti is mostly asymptomatic, especially among people who were exposed to infection for a short time. In intense or repeatable infestations, the symptoms might appear after a year and might not characteristic:

First of all it is different from Wuchereria bancrofti as it occurs in South Asia and Far East and it infects only 1 – 16 % of the total population. Moreover, it has a considerable reservior in monkeys, dogs and cats and is transmitted exculsively by gnats from the Mansonia family. Symptomatic infestations occur among children as a complex consisting of eosinophilia, enlargement of the peripheral and celiac absorbent glands and pneumonitis. This filariasis causes elephantiasis of the feet and shin. It occurs on Flores and Timor islands (Indonesia). Brugia timori infestations have a very rough clinical course.

It occurs in Central Africa and some of the countries of Central and South America. The parasite is transmitted by small insects, so called black-flies, developing in rivers with a strong current. Mature worms develop in the subcutaneous tissues, especially in the torso, the head and the legs creating tumors with a diameter of several centimeters. O. volvolus microfilariae appear in the whole skin of the body and in the eyeballs which results in conjunctiva, choroid, retina inflammation and cornea damage. The most serious complication after onchocercosis is blindness caused by corneal opacity, secondary glaucoma and eye lesions.

It occurs only in Central – West Africa and is transmitted by bitterns from the Chrysopos group. Adult forms penetrate subcutenous tissue or conjunctiva causing skin swelling or blushing and echema lesions. Calabar swelling, that is periodical painful lesions around dead parasites, usually around big joints, where parasites are under the biggest threat of external injuries. Glottis oedema and cephalitis are the most dangerous complications of loaosis. Microfilariae might appear occasionally in the blood but only during the day. 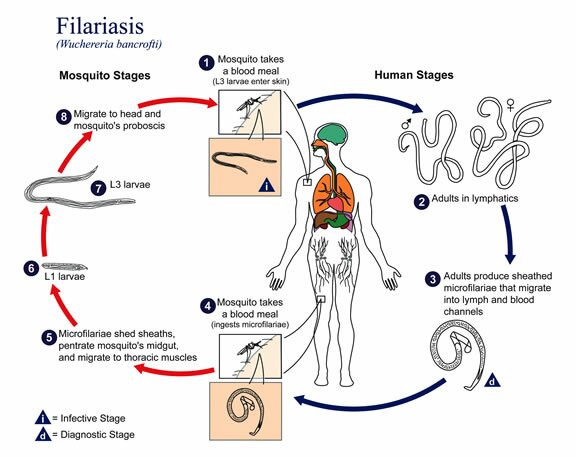